Today, the Senate Democratic Majority passed the Driver’s License Access and Privacy Act (Green Light NY), sponsored by Senator Luis Sepúlveda, that will restore the right to obtain a license, regardless of immigration status, that existed prior to 2001. 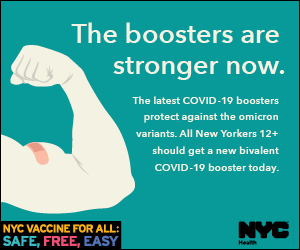 The Driver’s License Access and Privacy Act (Green Light NY), S.1747B, will allow non-commercial driver’s license or learner’s permit applicants to be able to submit additional proofs of identity to be eligible for a non-Federal license. It also waives the social security number requirement if the applicant signs an affidavit that they have not been issued a social security number and provides the DMV with discretion to approve additional proofs of identity and age. Further, this legislation will protect the data of the applicants from unwarranted release.

In a statement of support, the Business Council of New York State said that this legislation is “an opportunity to increase these New Yorkers’ ability to support local employers and businesses.” In Connecticut, where a similar policy was implemented four years ago, there have been almost 4,000 fewer unlicensed driving convictions and hit-and-run crashes have dropped 9% between 2016 and 2018.

U.S. Citizenship and Immigration Services announces a trio of efforts to increase efficiency and reduce