Polyandry is a bizarre practice in Nepal, which is still alive. In polyandry, a woman marries simultaneously more than one legal husband in her life or more than one men share a woman as a wife. This is one of the marriage system adopted in the Nepalese society mostly in the Himalayan region. However, the young generation is not in favor of this system. Polyandry is two types that are fraternal and non-fraternal. In fraternal polyandry, all the brothers in one generation share woman as a wife. In non-fraternal polyandry, a group of like-minded men from different household gets married to a single woman. In Nepalese context, fraternal polyandry marriage system is still found in Humla, Dolpa, Mustang, Gorkha, Dhading, Okhaldunga, Samkhuwashava, Taplejung and other mountain districts or close to Tibetan border of Nepal.

Witchcraft is another shame of modern Nepal, which is one of the worse tragic to women in the society of Nepal. Witch accusation, one of the traditional violence against woman, still practice openly in almost all the parts of Nepal despite being stated illegal by law. Witches are supposed to have some kind of magical powers and they tend to give troublesome to the local people. Women still usually face the charge of witchcraft, which compels them to leave homes, and families. There is no scientific proof of the witchcraft and the reason for women being only accused of such blind faith. Witchcraft is one of the main problems for women in the developing countries like Nepal where males are dominant.

Deuki is another stain in Nepalese society. This custom is still practiced in many districts of Sethi and Mahakali zones in the far western region of Nepal. In this custom, a young girl is offered to the local Hindu temple to gain religious merit. Historically, these girls served as hierodules, or sacred temple slaves or temple dancers, who were engaged by the priests to provide sexual services to male supplicants or male worshippers at the temple. The Nepalese government has formally abolished the practice of deuki. However, girls continue to become deukis. Nowadays, this original purpose has gone and Girls become deukis either because their parents offer them in hopes of gaining protection and good favor from the Gods or because their parents sell them to wealthier couples seeking the same holy approval. 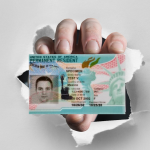 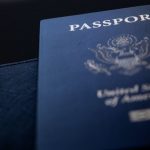 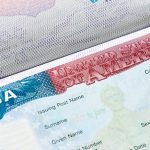